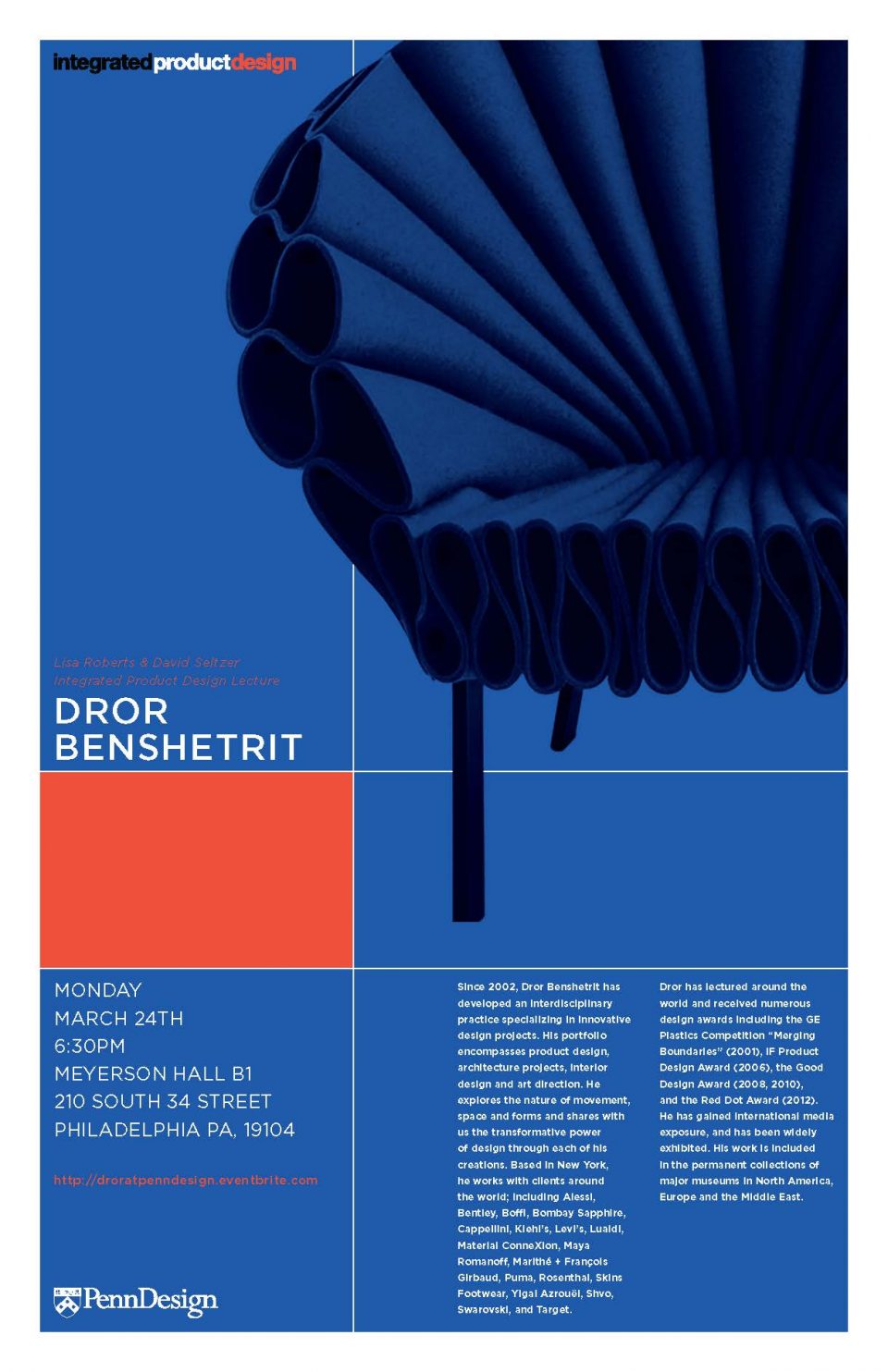 Since 2002, Dror Benshetrit has developed an interdisciplinary practice specializing in innovative design projects. His approach to design has shown breadth and depth through the completion of projects varying in scales and nature. His portfolio encompasses product design, architecture projects, interior design and art direction. He explores the nature of movement, space and forms and shares with us the transformative power of design through each of his creations. Based in New York, he works with clients around the world; including Alessi, Bentley, Boffi, Bombay Sapphire, Cappellini, Kiehl’s, Levi’s, Lualdi, Material ConneXion, Maya Romanoff, Marithé + François Girbaud, Puma, Rosenthal, Skins Footwear, Yigal Azrouël, Shvo, Swarovski, and Target.

Dror has lectured around the world and received numerous design awards including the GE Plastics Competition “Merging Boundaries” (2001), iF Product Design Award (2006), the Good Design Award (2008, 2010), and the Red Dot Award (2012). He has gained international media exposure, and has been widely exhibited. His work is included in the permanent collections of major museums in North America, Europe and the Middle East.